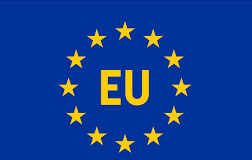 Zhu, who realised that her visa would expire on December 31, 2020, only a day before, immediately tried to contact the Danish immigration service’s Agency for International Recruitment and Integration (SIRI).

“I tried to contact SIRI through email and phone call, but they were on holiday and until today [February 11, ed.] I still haven’t received any email from SIRI,” Zhu told The Local, noting that later on, she called the police to inform them of her situation.

She paid the processing fees but failed to complete the whole application after the University of Copenhagen could not issue her the required statement of the university that conferment the postponement of Zhu’s graduation due to the public holiday.

However, She was arrested at her student room on Absalon Hotel on January 5 and was then taken to Vestre Fængsel prison. She spent several days at the psychiatric departments at Amager and Bispebjerg hospitals and then was taken to Ellebæk, a migrant detainment facility. Only last year, the latter has been accused by the Council of Europe’s Committee for the Prevention of Torture for the way they treated those detained.

Zhu describes her experience at the Ellebæk refugee camp in Copenhagen, which she calls “the hell and jail in Copenhagen.”

Thus, Chinese student who was only in Denmark to study can end up in Ellebæk as a result of an expired visa. Minister Tesfaye refused to specifically comment on Zhu’s case. The delay cost her more than she would have ever imagined, with spending over a month altogether in prison, psychiatrist hospital and Ellebæk refugee centre, and then deported to her home country. Bingzhi Zhu, a Chinese student at the Environment and Development at the University of Copenhagen scheduled to graduate in the summer of last year, had her graduation date postponed to May 2021, after she faced delays due to the pandemic.

Say “No to OverStay. Yes to VisaFAN.com” Get your stay extended with VisaFAN. We are most expertised in Visa Submission and legal matters.

Thailand Opens to Foreigners by Using a Travel Certificate | COE

Be Informed Before.. 'Travel'